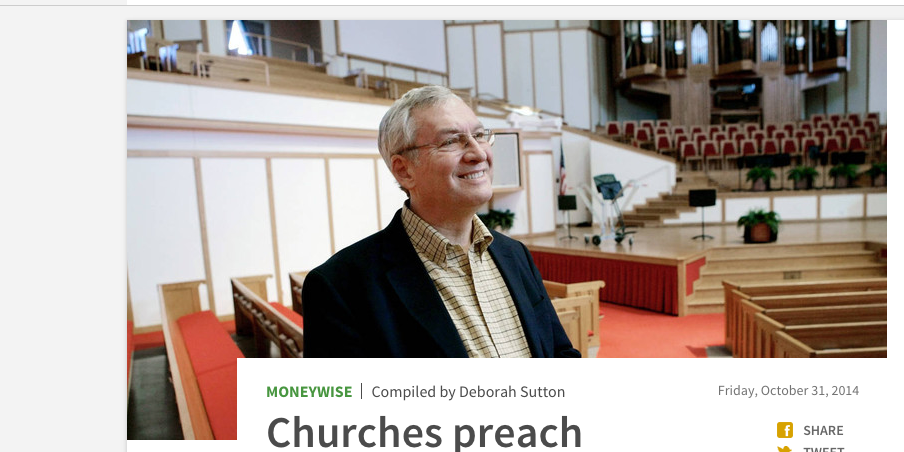 Last week, the National Association of Evangelicals (NAE) joined a list of religious groups that are speaking out about the dangers of payday loans, and in some cases getting into the lending business to give their followers another option.

“The Bible speaks strongly against unjust lending and taking advantage of the poor,” said Leith Anderson, NAE president. “We were stunned to learn that short-term, high interest loans with annual interest and fees may exceed 300 percent in some states.”
Read the entire article at Desert News National.
Originally published October 31, 2014