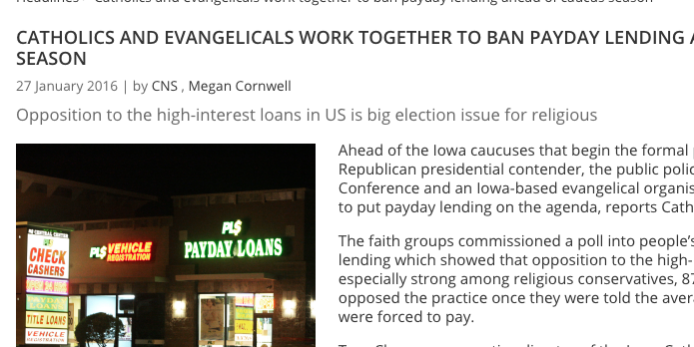 Ahead of the Iowa caucuses that begin the formal process of picking the Republican presidential contender, the public policy arm of Iowa’s Bishops’ Conference and an Iowa-based evangelical organisation are working together to put payday lending on the agenda, reports Catholic News Service.

The faith groups commissioned a poll into people’s opinions towards payday lending which showed that opposition to the high-interest loans was especially strong among religious conservatives, 87 per cent of whom opposed the practice once they were told the average interest rate people were forced to pay.