What Can Christians Do About Predatory Lending? 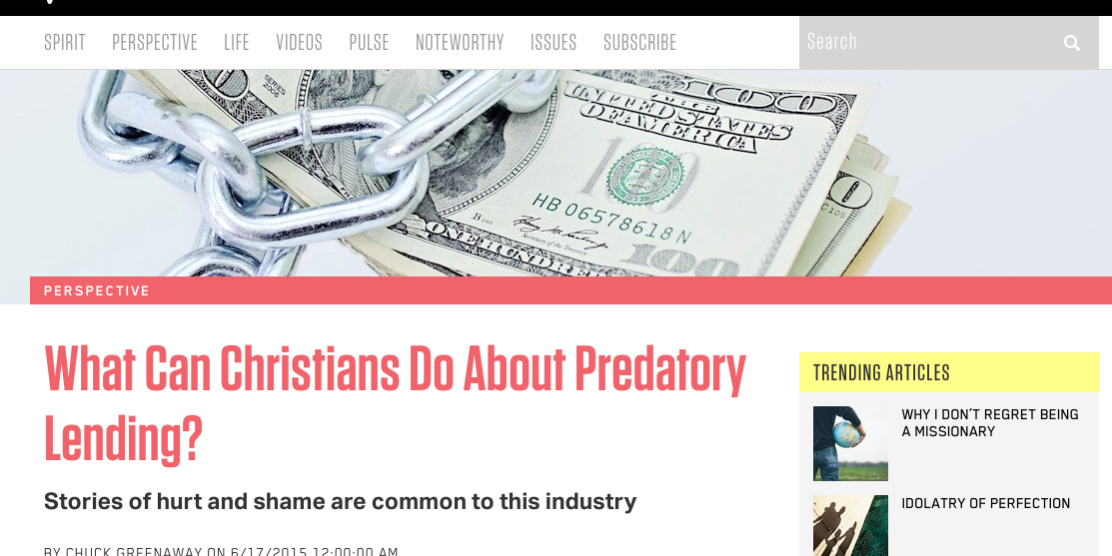 Stories of hurt and shame are common to this industry

Recently, I met with a single man who fell behind on his auto title loan because he lost one of his two part-time jobs. The car was taken, he paid very high fees to reclaim his car, just to sell it, allowing him to pay off his title loan. He took what money was left and bought a car with higher mileage that was a few years older than the one he sold. I’ve also met with a single mom with four payday loans. On three of the four loans she is only able to pay the interest. I could go on and on. Stories of hurt and shame are common to this industry.