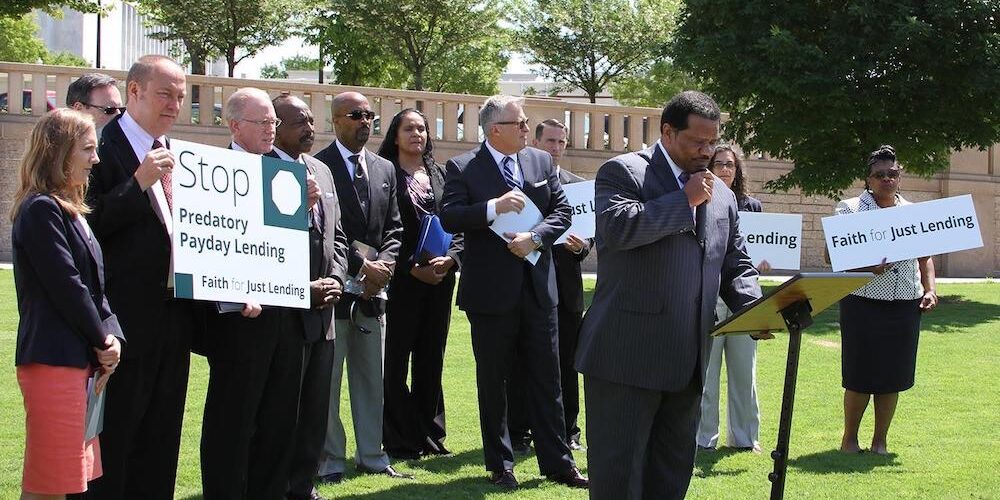 The Faith for Just Lending coalition respectfully submits the following comment in response to the above-referenced Notice of Proposed Rulemaking. In 2017, the Consumer Financial Protection Bureau finalized new rules to curb predatory payday and car title lending practices and we supported the finalized rule. Faith for Just Lending represents millions of Christians in the United States, from a wide range of denominations and traditions, and we are united in our desire to see predatory lending practices ended. Scripture teaches us to respect the God-given dignity of every person. Exploiting the economic hardship of our neighbors is sinful.

We support the finalized Rule on Payday, Vehicle Title, and Certain High-Cost Installment Loans which sought to protect vulnerable individuals and families in times of financial crisis from debt traps designed around their inability–as opposed to ability–to repay their loan. Requiring a lender to make a determination of a borrower’s ability to repay is a longstanding principle of the U.S. banking system. A strong rule must not only have strong upfront underwriting requirements, but effective back-end protections against repeated flipping of the loans as well. We believe that these efforts are a step in the right direction. We therefore ask that the ability to repay standard be upheld and not eliminated from the payday rule. 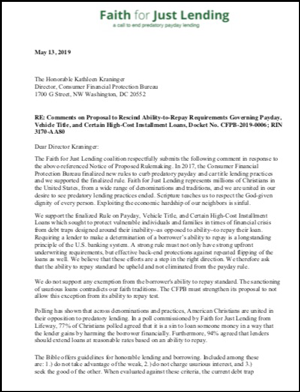