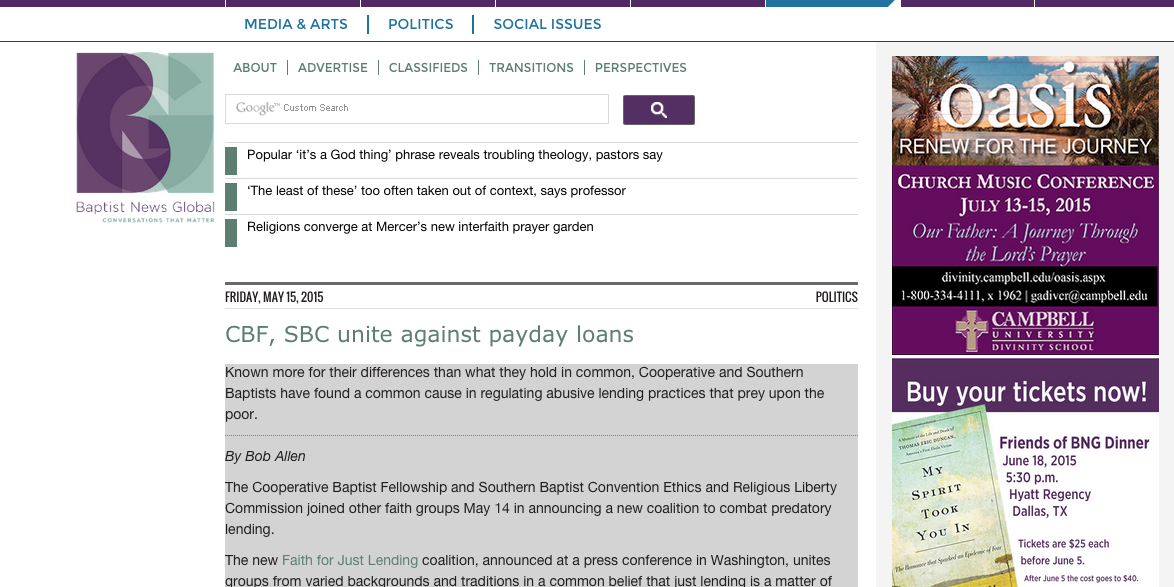 Known more for their differences than what they hold in common, Cooperative and Southern Baptists have found a common cause in regulating abusive lending practices that prey upon the poor.

The new Faith for Just Lending coalition, announced at a press conference in Washington, unites groups from varied backgrounds and traditions in a common belief that just lending is a matter of biblical morality and religious concern.