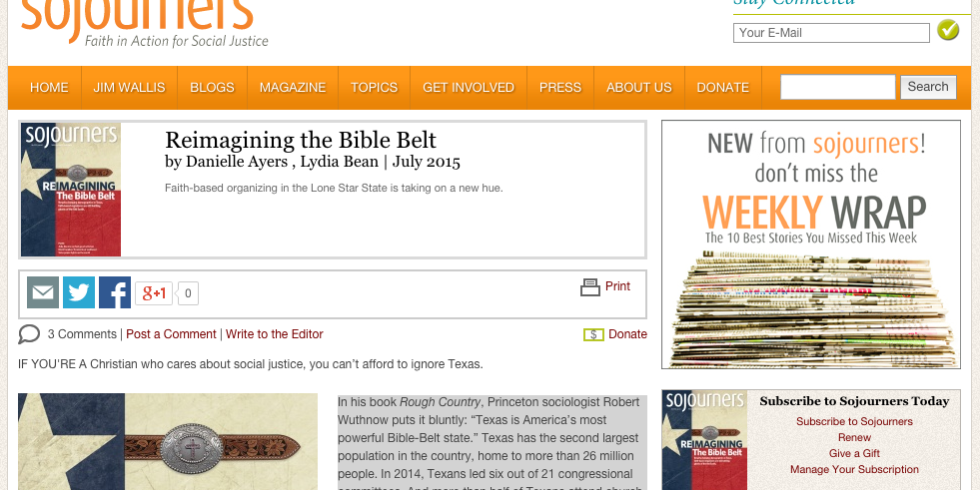 IF YOU’RE A Christian who cares about social justice, you can’t afford to ignore Texas.

In his book Rough Country, Princeton sociologist Robert Wuthnow puts it bluntly: “Texas is America’s most powerful Bible-Belt state.” Texas has the second largest population in the country, home to more than 26 million people. In 2014, Texans led six out of 21 congressional committees. And more than half of Texans attend church at least twice monthly.