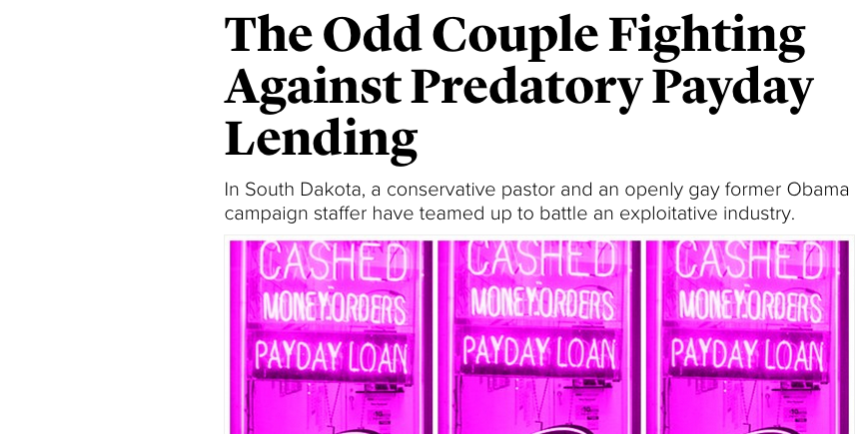 In South Dakota, a conservative pastor and an openly gay former Obama campaign staffer have teamed up to battle an exploitative industry.

One of the most important bipartisan reforms of recent years started with a Twitter fight. Steve Hickey, a pastor in Sioux Falls, South Dakota, sent a letter to the editor of the Argus Leader, denouncing gay marriage and homosexuality.*Steve Hildebrand, owner of a local coffee shop, took offense. “You are becoming a huge joke in this state—huge,” he tweeted at the pastor. “We should have coffee,” Hickey responded. “I love you, tolerate you, I don’t support gay marriage.” And Hildebrand took him up on the offer: “As long as you come with an open mind and an open heart and a willingness to listen to my point of view as I was BORN gay.”

Read the entire article at The Atlantic.